Kerala backwaters are a chain of brackish lagoons and lakes lying parallel to the Arabian Sea> coast (known as the Malabar Coast) of Kerala state in southern India. The network includes five large lakes linked by canals, both man made and natural, fed by 38 rivers, and extending virtually half the length of Kerala state. The backwaters were formed by the action of waves and shore currents creating low  barrier islands across the mouths of the many rivers flowing down from the Western Ghats range.backwater cruises National Waterway 3 from Kollam to Kottapuram, covers a distance of 205 km and runs almost parallel to the coast line of southern Kerala facilitating both cargo movement and backwater tourism

Kumarakom is a popular tourism destination located near the city of Kottayam  in Kerala,India, famous for its backwater tourism.Vembanad Lake the largest lake in the state of Kerala.

The village of Kumarakom is a cluster of little islands on the Vembanad Lake, and is part of the Kuttanad region. Kumarakom is home to a wide variety of flora and fauna.Kumarakom Bird Sanctuary is a noted bird sanctuary where many species of class migratory birds visit. The Vembanad Lake, the largest backwater in Kerala, is habitat for many marine and freshwater fish species and it teems with Karimeen Pearl spot also known as Etroplus suratens is shrimp (Metapenaeus dobsonii) common name Poovalan chemeen. The bird sanctuary extends over 14 acres (57,000 m²), and came into existence following preservation efforts from the government. It is a major tourist attraction.The bird sanctuary here, which is spread across 14 acres is a favourite haunt of migratory birds and an ornithologist’s paradise. Egrets, darters, herons, teals, waterfowls, cuckoo, wild duck and migratory birds like the Siberian Stork visit here in flocks and are a fascinate the visitors.

Tourism in Kumarakom largely revolves -around the backwaters of the Vembanad Lake. Several luxury and budget resorts lined up on the shores of the lake provide tourists with facilities for boating, yachting and fishing, with panoramic views of the lake. The other major attraction is the Bird Sanctuary, which is open from 6 am to 6 pm and can be visited by canoes arranged by local fishermen at the entrance to the sanctuary. A two-hour rowing canoe trip is quite cheap, and is best undertaken in the evening or early morning to avoid the afternoon sun.

Furthermore, the Aruvikkuzhi Waterfall and its surrounding rubber plantation are a photographer’s delight. There is also the Bay Island Drift Museum near the Kumarakom beach for history lovers, open from 10 am – 5 pm on Tuesdays – Saturdays and from 11.30 am – 5 pm on Sundays.An enchanting backwater destination, Kumarakom offers visitors many other leisure options. Boating and fishing facilities are available at the Taj Garden Retreat, a sprawling old bungalow-turned-resort.

Lush greenery, canals and waterways are the best way to describe Alleppey or Alappuzha Backwaters. One of the most well-known backwaters of Kerala and a major contributor to the tourism of this south Indian state, is the backwaters of Alleppey. Cruising along the serene backwaters is an absolutely divine experience and you actually feel like being ‘one with nature’. Located around 62 km southward of Kochi, the backwaters of Alappuzha connect to those of Kochi and Kumarakom. Explore the tranquil backwaters by going aboard a traditional houseboat.

The canal networks linked to the Vembanad Lake offer an inspiring and interesting experience. Enjoy the sights of vast stretches of paddy fields, coconut lagoons and pied King Fishers hurtling down to catch the fish. You would also come across small islands, locals engaged in fishing activities on country boats, children being ferried to schools and kettuvallams, the majestic rice barges, gliding over the canals. Another interesting sight is that of large flocks of ducks being shepherded to newly-harvested paddy fields.

The major occupation in Kuttanadu is farming, with rice the most important agricultural product. This activity gives the area its moniker of “The Rice Bowl of Kerala”. Large farming areas near Vembanad Lake were reclaimed from the lake. In 2013 the Food and Agriculture Organisation(FAO) of the United Nations formally declared the below sea-level farming system in Kuttanad as Globally Important Agricultural Heritage Systems (GIAHS).

This quaint village is a must-visit as you will be treated to an authentic slice of Kerala, God’s Own Country. This little village’s claim to fame? This is where the traditional houseboats of Kerala were constructed. Alumkadavu is a major center for the construction of kettuvallams (traditional rice barges). It is these kettuvalams that are modified into houseboats for tourists. Alumkavadu is dotted with many coir making centers too.

Alumkadavu is where the first houseboats in India were built. Located north of Kollam district, the waft of coir and wood is always in the air of this village.And the reason: It is a major centre for the construction of kettuvalloms (traditional rice barges) which are later modified into houseboats for travellers.

Pathiramanal, a small island on the backwaters of Alappuzha, is a haven for hundreds of rare birds migrating from different parts of the world.The name Pathiramanal means ‘sands of night’. The scenic beauty of both sides of the lake as well as that of the island is mind blowing.

You can reach there after 1 1/2 hours drive by motor boat or 30 minutes by speed boat from Alappuzha in south Kerala. Surrounded by the Vembanad Lake, stretching from Alappuzha to Kochi and the Kayamkulam lake, Pathiramanal is accessible only by boat.The green island thus forms an ideal place for a break in the journey while on a backwater cruise.The mainland Alappuzha has a vast network of lakes, lagoons and fresh water rivers criss crossing it and is a district of immense natural beauty. 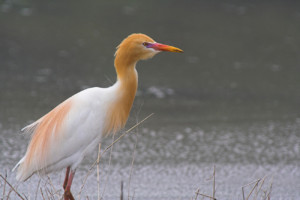